The main objective of NBC 201:1994 (reprinted in 2064) Mandatory Rules Of Thumb Reinforced Concrete Buildings With Masonry Infill is to provide ready-to-use dimensions and details for various structural and non-structural elements for up to three-storey reinforced concrete (RC), framed, ordinary residential buildings commonly being built by owner-builders in Nepal using brick infill walls. The practice of using such walls is predominant, but they are treated as non-structural (and hence not accounted for) in the design of the frames. However, when such buildings have horizontal forces imposed on them (eg., from an earthquake), these infill walls cause the building to respond in an unpredictable manner which has not been considered by the designer. This is due to their contribution to overturning, soft-storey effects, short-column effects, etc. The infill walls could also contribute passively by sharing some of the lateral loads. However, it is anticipated that the present practice of placing such walls randomly will have more negative consequences than positive ones. Hence, the objective of this MRT is to ensure the proper placement of such walls in order to derive positive effects only and to achieve economy. Compliance with the MRT will lead to the present non-engineered construction being superseded by pre-engineered designs which should achieve acceptable minimum seismic safety requirements (such as those specified by NBC 105 and IS 1893-1884 etc.).

This MRT is intended to cater primarily to the requirements of mid-level technicians (overseers and draughtspersons) who are not trained to undertake independently the structural design of buildings. However, civil engineers could also use this document for effective utilisation of their time by using the design procedures outlined here. 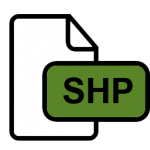